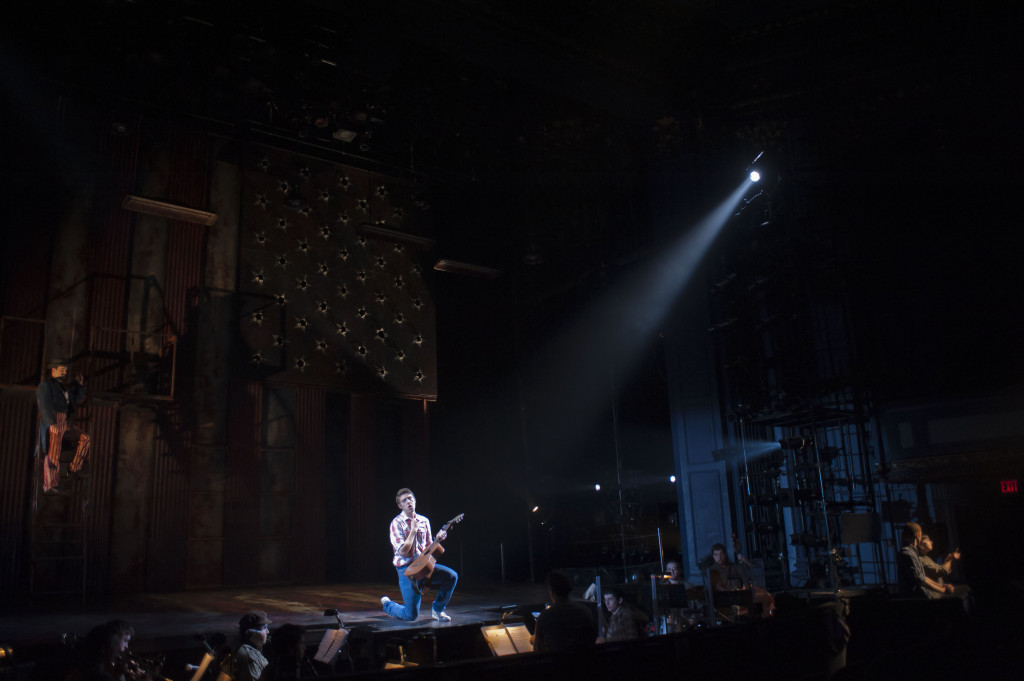 “Evan Gambardella plays the lead role of the Balladeer and Lee Harvey Oswald. As the Balladeer, he comments on the events as they are happening and uses his strong high tenor voice in his many songs including ‘The Ballad of Booth’, ‘I Saved Roosevelt’, ‘The Ballad of Czolgosz’, ‘The Ballad of Guiteau’ and ‘Another National Anthem.’ Evan as Oswald is unsure of what to do at first but the other assassins convince him to kill John Kennedy and the show takes a frightening turn. The Oswald and Booth dramatic scene is fantastic…The dramatic scene with Evan displays their strong acting prowess in these roles.” For the full review, click here.